Chennai: The Customs Air Intelligence officials in Chennai have seized twelve bundles of gold paste and three cut bits of gold from passengers who had arrived from Dubai. Based on specific intelligence related to gold smuggling, two passengers hailing from Chennai and one from Ramanathapuram, who flew from Dubai by flights Dubai FZ 8517 and Indigo flight No 6E 8497 were intercepted and questioned.

They confessed to carrying gold concealed in the rectum.

Twelve bundles (four each) of gold paste weighing over 2.77 kg were recovered from their rectum.

On frisking, three gold bits weighing 116 grams were also recovered from each of their pant pockets. 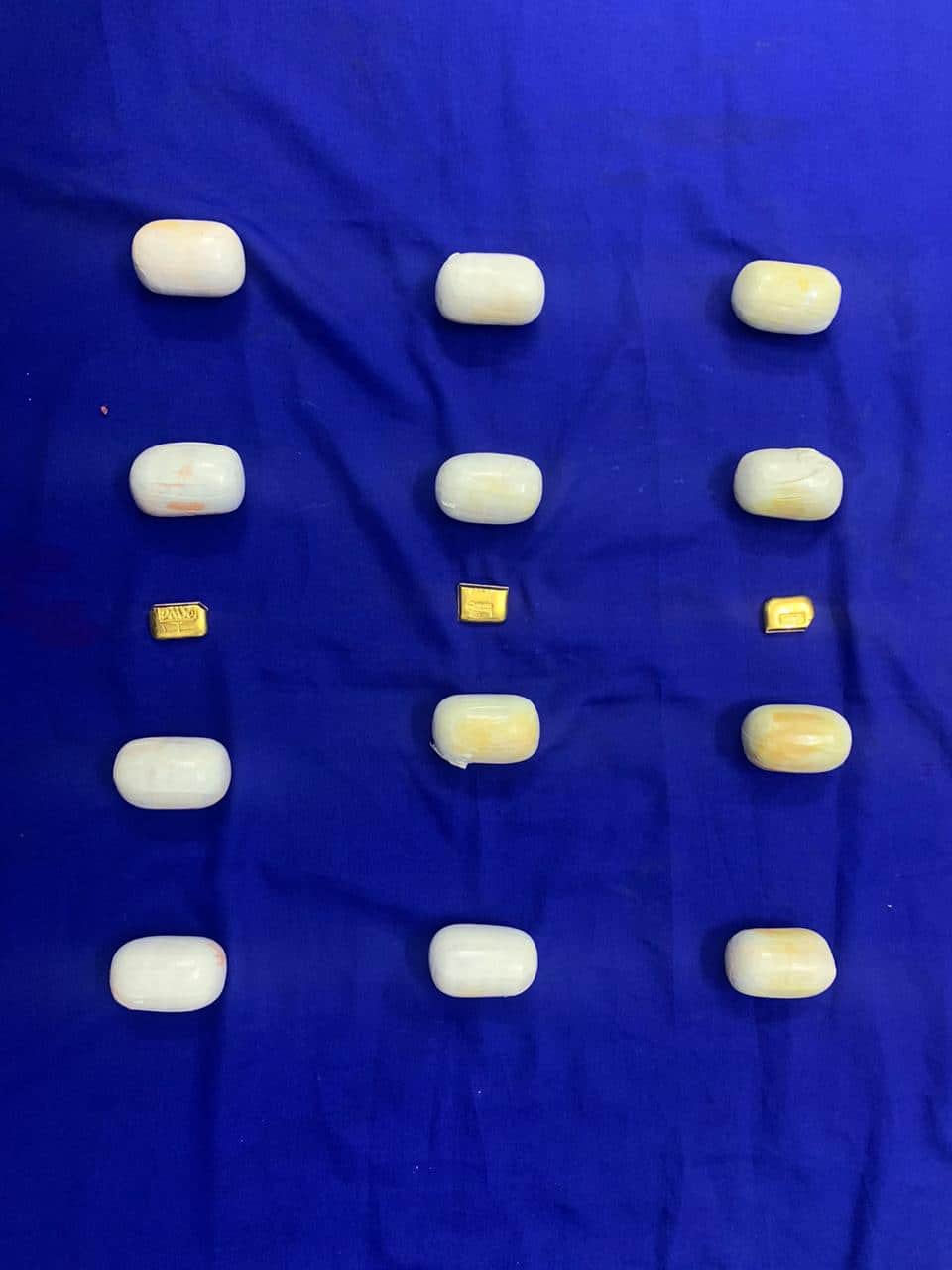 All three passengers have been arrested and further investigation is in progress.

In the first case, based on intelligence, the officials had carried out rummaging of Air India Express Flight IX 1644 which had arrived from Dubai on Wednesday night.

A pouch concealed under the aircraft seat was found to contain two bundles of gold paste and two gold bars weighing 116.5 grams each. Total of 928 grams of gold valued at Rs 48.27 lakh was recovered and seized as unclaimed.

Officials said that it was the first seizure of the yellow metal concealed in an aircraft in 2020.

The Customs Air Intelligence officials have reportedly made a lot of seizures in the past few months.

Shiv Sena To Hold Dassehra Rally In Auditorium, Not At Shivaji Park