Amid a high-stakes battle in Bihar, ruling NDA is ahead of the opposition’s Grand Alliance – led by Tejashwi Yadav – nearly three hours after the counting of votes began across 38 districts. In early leads, Tejashwi Yadav was surging ahead; however, it now seems Nitish Kumar is likely to be voted to power for a fourth straight term.

NDA is past the half-way mark and the BJP has emerged as the single largest party, according to the projections. Despite ruling the state for a decade and a half, Nitish Kumar’s JDU is leading in fewer seats as compared to ally BJP. Of 243 seats, the JDU contested in 122 seats, while the BJP contested 121 seats.

After weeks of bitter and hectic election campaign, counting of votes began this morning amid strict restrictions to check the spread of coronavirus. The state, which has over 7 crore voters, held the country’s biggest since the start of the pandemic, which has affected over 85 lakh people in India.

Nitish Kumar’s ex-ally Chirag Paswan, who chose to go solo this time, is another young leader on the frontline in the state apart from Tejashwi Yadav, ex-chief minister Lalu Prasad Yadav’s son. The JDU today said the ruling party has been “hurt” by Chirag Paswan’s stinging comments amid the campaign heat after he parted ways.

Over the last few weeks, a fierce campaign saw Prime Minister Narendra Modi – the NDA’S de-facto face- seeking votes for Nitish Kumar. The BJP-JDU combine has been targeted by opposition over issues such as unemployment and the handling of the pandemic.

As he shared stage with Nitish Kumar during election rallies, PM Modi spoke of “jungle-raj” under RJD’s Lalu Prasad Yadav before Nitish Kumar took over as the chief minister, suggesting that voting for Tejashwi Yadav will push the state into anarchy, again.

Tejashwi Yadav, on the other hand, made a big poll promise of 10 lakh jobs. While the BJP attacked Tejashwi Yadav over the issue, the party’s manifesto also made a mention of 19 lakh jobs, apart from “free Covid vaccine” – which gave more ammunition to the opposition. Many opposition leaders alleged that the ruling party is using pandemic to get votes.

Nitish Kumar, who has faced jibes, slogan-shouting crowds and on one occasion, an onion attack, has said this will be his last election. “This election will end and this is my last election. Ant bhala to sab bhala (All’s well that ends well),” he said while campaigning in Bihar’s Purnea,” he said last week.

Bihar Election 2020: “Chirag Paswan Is Young…. Will Make Mistakes,” Says BJP Spokesperson
On Chirag Paswan, BJP spokesperson Lalitha Kumaramangalam told NDTV: “With regard to Chirag Paswan, he’s still very young, he will make mistakes. He probably will grow in the future. And the same thing could be said about Lalu Yadav’s son”

Election Result 2020: What Nitish Kumar’s Party Said On His Leadership Amid Counting

“PM has said on record that NDA is under the leadership of Nitish Kumar in Bihar… anyone who does not accept Nitish Kumar as the leader cannot be a part of NDA. The hate campaign Chirag Paswan launched against Nitish Kumar, we are hurt. Every worker of JDU is hurt by statements made during campaigning,” KC Tyagi, spokesperson of JDU, told NDTV.

On whether Nitish Kumar would want to be chief minister if the BJP is the bigger party in the alliance: “NDA had declared beforehand, whether numbers are high or less.”

Bihar Election Result 2020: NDA Nears Majority Mark
Even as early leads suggested an advantage for Tejashwi Yadav-led Grand Alliance, the NDA has crossed the majority mark, according to early projections, with lead in 125 seats- the majority mark is 122.

Amid Bihar Counting, Nitish Kumar’s Party Spokesperson Says “Chirag Paswan Should’ve Been Controlled”
Amid counting, KC Tyagi, a spokesperson of the Janata Dal United or JDU, appeared to concede defeat just a little before 10 am in Patna.” “Brand Nitish” is intact, Mr Tyagi claimed as he apportioned a part of the blame on Chirag Paswan, the 34-year-old politician who, like Nitish Kumar, is an ally of the BJP but fiercely attacked Mr Kumar throughout his campaign, declaring him outdated and a liability, and announcing that it would be his party and the BJP who would form the government in Bihar. “Chirag Paswan should have been denounced and controlled from the start,” Mr Tyagi said, making it clear that as a partner, the BJP has coloured outside the lines by refusing to rein in Mr Paswan who appears to have succeeded in eating into Mr Kumar’s votes.

Supporters of Rashtriya Janata Dal (RJD) leader Tejashwi Yadav gathered outside his home this morning. Mahagathbandhan constitutes RJD (144 seats) and the Congress with 70 seats. Other alliance partners include the CPI-ML (19 seats), CPI (6 seats), and the CPIM (4 seats).

Bihar Polls: Tight Race Unfolds, NDA, Grand Alliance Neck-And-Neck
A tight race has unfolded in Bihar. Grand Alliance and NDA are locked in a close fight with each party leading in over 110 seats. 122 is the magic number.

Bihar Election Result 2020: JDU Spokesperson In Conversation With NDTV Concedes Defeat
In conversation with NDTV, Nitish Kumar’s party spokesperson KC Tyagi told NDTV:
“We welcome people’s verdict. We haven’t been defeated by Tejashwi Yadav or RJD but coronavirus pandemic. Whatever happened in the last 70 years, all the blame was put on us.” 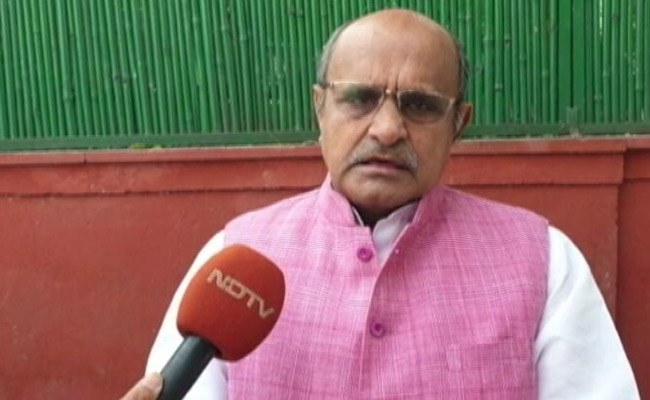 Poll Result 2020: When Three Rivals Came Together Amid Campaign Heat
Last month, a memorial for Union Minister Ram Vilas Paswan brought together three bitter rivals in the middle of an acrimonious campaign for the Bihar election. Chief Minister Nitish Kumar sat with his biggest critics, Chirag Paswan and Tejashwi Yadav, delivering a rare image for the cameras in poll season.
Election Result: Counting Across 38 Districts Of Bihar

#BiharElection2020 The counting of votes for Bihar Assembly elections is underway at counting centre established at Anugrah Narayan College in Patna pic.twitter.com/nPfjLuzxxx

Election Results 2020: Tejashwi Yadav+ Leading Over NDA
Tejashwi Yadav-led Grand Alliance of the opposition has gained a lead in 63 seats over NDA, which is leading in 50 seats. Nitish Kumar is facing anti-incumbency, according to analysts, after ruling the state for over a decade. The NDA, however, has claimed the state has developed under its rule. PM Modi, during campaigning, said the state will develop at a faster pace, if the alliance is voted to power again.
Bihar Election Results 2020: Magic Number In Bihar Is 122
The halfway mark to form a government in Bihar is 122. The state assembly has 243 seats. 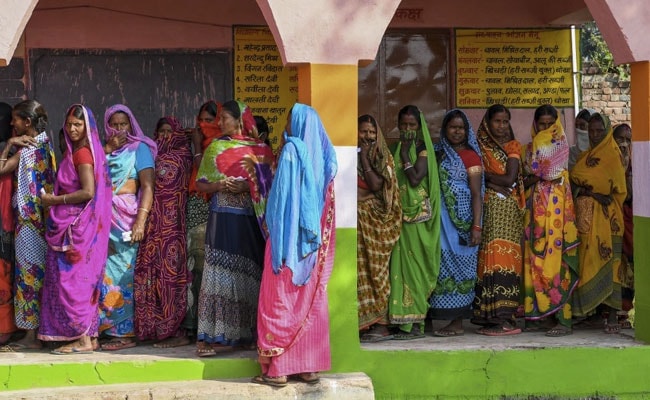 Bihar Election Result 2020: NDA, RJD Take Two Seats Each
First leads are in and the RJD and the NDA are leading in two seats each.

Bihar Election Results 2020: Counting Of Voting Begins Across 243 Assembly Seats
Counting of votes has started for 243-member Bihar Assembly and by-polls to 58 Assembly seats across 11 states.

Bihar Election Result 2020: When Chirag Paswan said- “Nitish Kumar Will Never Be Chief Minister Again”
Last week, LJP’s Chirag Paswan expressed his resentment against rival Nitish Kumar as he said:”You can get me to give you in writing that Nitish Kumar will never again be the Chief Minister after November 10. I will have no role to play, I want ‘Bihar first, Bihari first’. I want work to be done as per the vision document prepared by the suggestions of four lakh Biharis.” His remarks came soon after he voted. 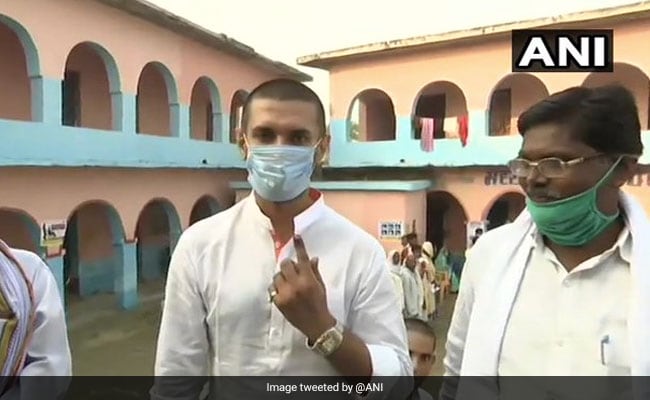 Bihar Election Result 2020: Tejashwi Yadav’s Quiet Birthday Celebration, A Day Before Counting
Tejashwi Yadav turned 31 on Monday. Hours before counting, he had a quiet celebration with family members. Among those who wished him was ally Rahul Gandhi- he wished the RJD Leader a “bright future”. Rival Chirag Paswan also tweeted a birthday greeting in Hindi.  “May God bless you with longevity and succeed in making your life a success. Today is your birthday and have a good day with the blessings of God,” read Mr Paswan’s tweet in Hindi. 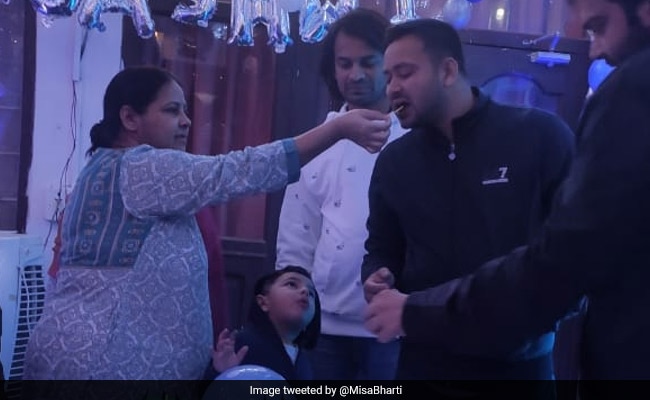 Bihar Election Result: RJD’s Warning To Supporters Ahead Of Results
Tejashwi Yadav’s RJD warned its workers and supporters to maintain discipline on the counting day, whatever the outcome of the election. “On November 10, counting of votes will take place. Whatever be the result, we have to behave well, maintain peace. No worker should use colours, firecrackers etc. There should not be any indiscipline in the excitement of a victory,” read a rough translation of the party’s tweet in Hindi. Read here.
Bihar Election Results 2020: What Exit Polls Say On State Results

Bihar Election Results 2020: Nitish Kumar Or Tejashwi Yadav? Bihar’s Decision Today: 10 Points
The verdict of Bihar on who would rule it for the next five years will become clear as counting of votes begin later this morning. The choice is between a fourth term for Chief Minister Nitish Kumar and a first one for his former deputy, 31-year-old Tejashwi Yadav, candidate of the Rashtriya Janata Dal, Congress and the Left alliance. Most exit polls have predicted a majority for the latter. Exit polls often get it wrong. The election took place amid a bitter campaign that saw the Chief Minister battling anti-incumbency, a rebellion by Lok Janshakti Party’s Chirag Paswan against his leadership – seen by many as being backed by the BJP – and Prime Minister Narendra Modi replacing Mr Kumar as the de facto face of the NDA in the state.” itemprop=”description

Sabarimala To Deliver Prasadam For Devotees Through Speed Post