Kolkata: West Bengal Chief Minister Mamata Banerjee on Monday (November 9) wrote to Prime Minister Narendra Modi over cereals, pulses, oilseeds, edible oil, onion, and potatoes being removed from the list of essential commodities. Notably, the exclusion of onion and potatoes are encouraging vendors to hoard and eventually is resulting in a price hike.

The West Bengal CM’s letter said, “Amendments in Essential Commodities Act are seriously encouraging hoarders in hoarding and profiteering on essential items like potatoes and onions resulting in price rise and suffering to consumers.”

“I would seek your kind and urgent intervention as the state govt being now devoid of its powers cannot be expected to remain a silent spectator to the ongoing sufferings of the common people due to extraordinary price rise of essential commodities,” the letter said.

Mamata also mentions that the amendment in the Act has usurped the powers of the state government and only the Central government can act to regulate agri-products. 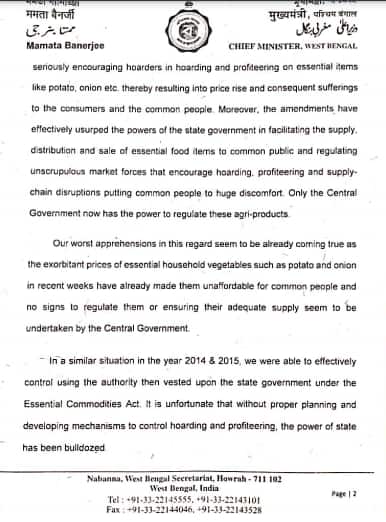 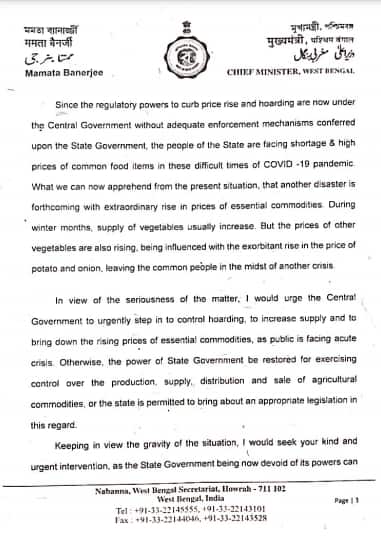 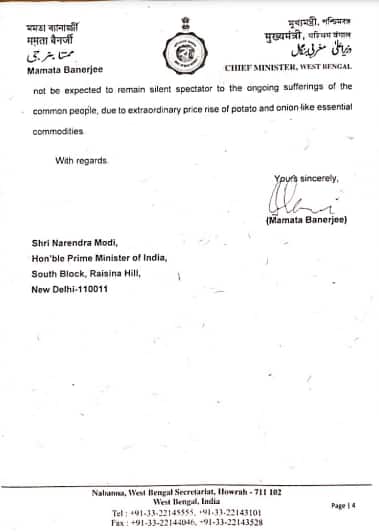 She asks the Central government to intervene immediately to stop hoarding, increase the supply of onion and potatoes, and control the price hike.

Mamata Banerjee also urged Modi to permit the states to bring about appropriate legislation in regard to their exercising control over the production, supply, distribution, and sale of the agricultural commodities.